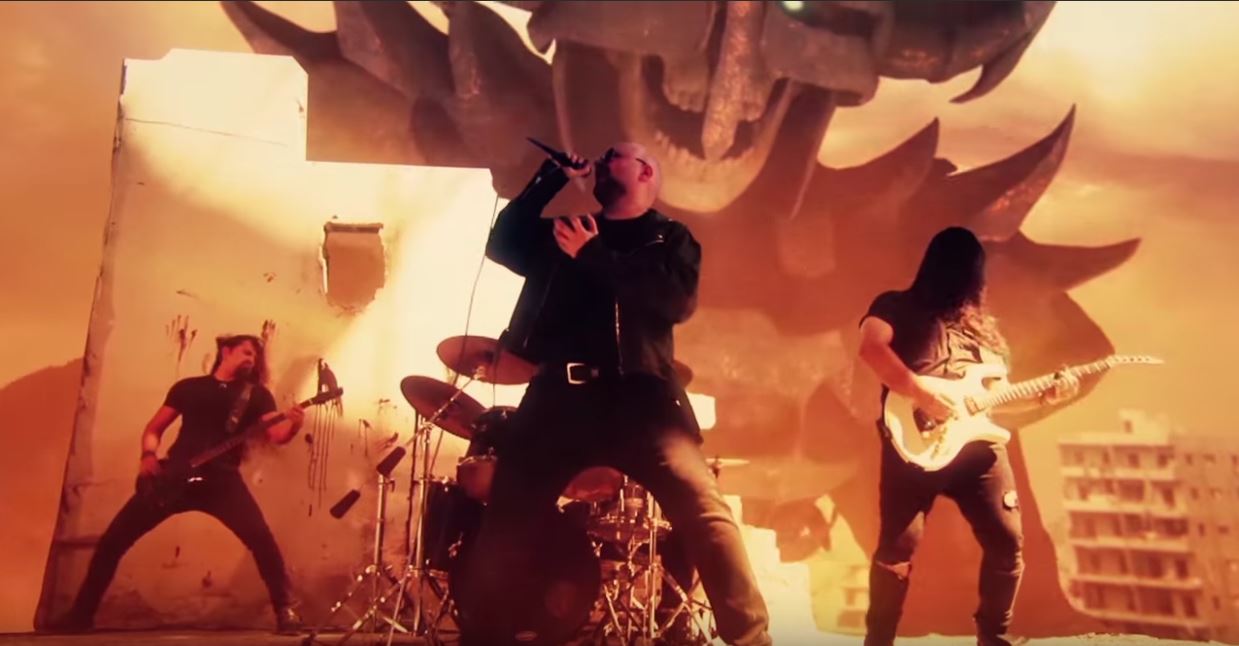 SnakeyeS, the band started by José Pineda, Justi Bala, and Carlos Delgado (from the former Spanish band SPHINX) together with Romanian singer Cosmin Aionita (9.7 RICHTER), has released the promotional video for “Metal Monster”, the title track of its new album “Metal Monster”.

The “Metal Monster” video, available below, was recorded and directed by Leo Traverso:

“Metal Monster” was released on November 25th, 2017, on both CD and digitally, and available for download and streaming through all major music digital distribution platforms. The album’s cover artwork was designed by Spanish artist Francisco Garcés. The album will feature 11 brand new songs, recorded and produced by bassist José Pineda in his own studio:1. Into The Unknown2. Evolution3. (Point of) No Return4. Cyberkiller5. Metal Monster6. Edge of The World7. Sign of Death8. Facing The Darkness9. Your Own Shadow10. Circus of Fools11. Rise Up (The Red Plague)

The band comments on new the album: “Metal Monster is our «creature», our most ambitious project yet, a true Heavy Metal burst of energy, a declaration of intent which aims to seal the band’s own style and consolidate SnakeyeS both nationally and internationally.”