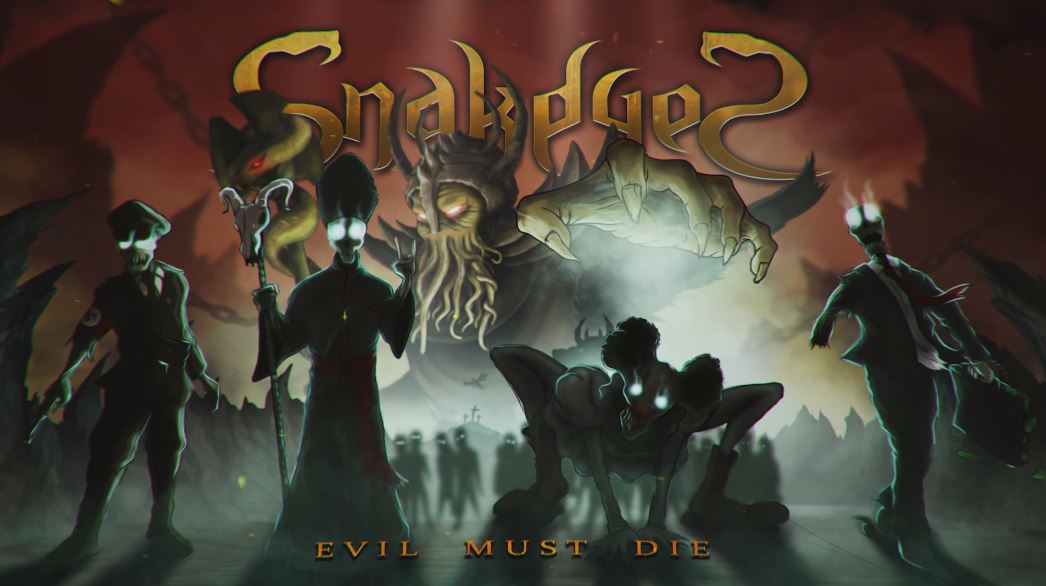 TITLE AND ARTWORK FOR NEW “EVIL MUST DIE” ALBUM

The cover artwork for the new album, titled “Evil Must Die”, was designed by artist Leo Traverso and is a representation of the music and themes found on this new album all related to one concept: the continuous spread of Evil in our world. “Evil Must Die” consists of ten new songs, produced and mixed by José Pineda, which will take you on a journey through several scenarios, both real and fictional: war, politics, religion, literature and horror – all present throughout the album. The new record is a natural evolution of the musical style developed by SnakeyeS on its previous albums: pure and solid Heavy Metal, dedicated to the genre’s true fans.

The video for «The Evil Dead», also produced by artist Leo Traverso, is an animated homage to classic horror movies and the cosmic terror universe created by H.P. Lovecraft. «The Evil Dead» video is available here:

«The Evil Dead» is also available on all major digital platforms.

“Evil Must Die”, SnakeyeS’ third full length record, will be released March 28th 2020, during a launch party in Madrid, Spain. The event will take place in the Honky Tonk club and will feature a live performance from the band, as well as a press conference. Access to this release party will be free and fans will be able to pick up new the new album, as well as brand new SnakeyeS merchandise.

«The Clown and The God» song teaser: